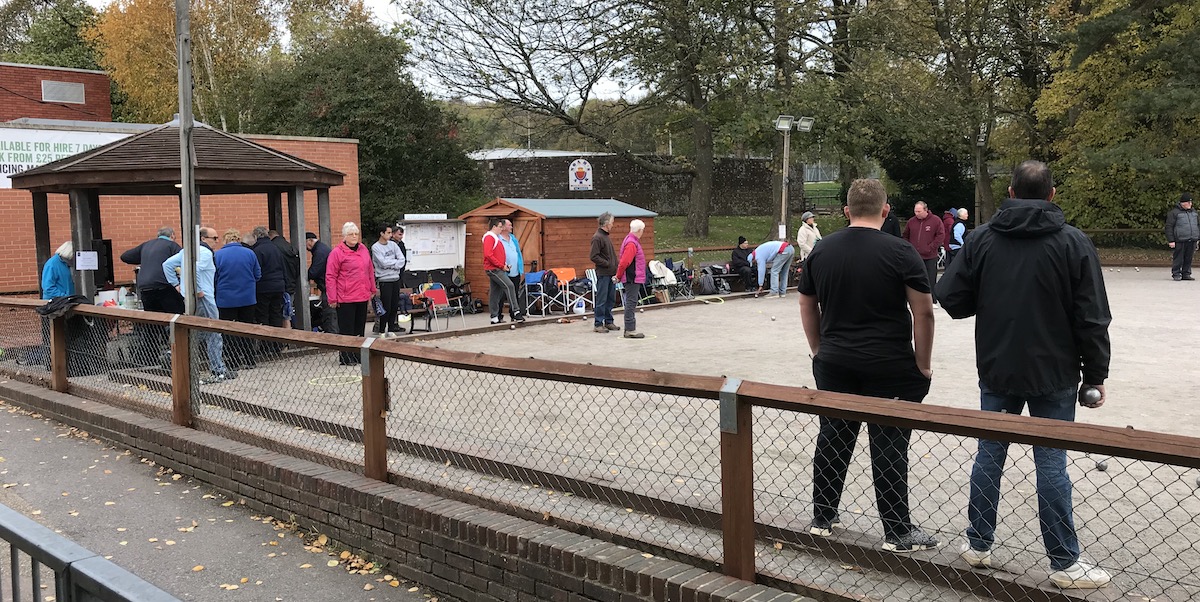 Adur hosted yet another great day of petanque, welcoming 20 teams from across the SCPA region and with a good contingent from neighbouring Sussex. It was good to see a number of juniors there – Jamie, Francesca, Marc, Liam and Ella – playing some of their best games and supporting each other throughout the day. The highlight of the day was an impromptu rendition of ‘Country Roads – Take me Home’ by Jamie & Liam as they cheered on Francesca & Marc in the Silver Finals declaring the song as the petanque anthem!

As always, the friendliness of everyone involved in the day made it a truly fun day of play with good banter and some great matches and a perfect example of petanque being a “Sport for All”.

A splendidly dry and crisp day welcomed players to Adur for the annual Autumn Doubles. It was the first big event for Adur to show off their newly erected shed on the lower terrain. What a difference this will make to future competitions, especially in the cold and wet weather! Chairman, Graham Elcome welcomed players to Adur and got the game underway. For most of the day it was overcast but the sun did put in a very brief appearance and everyone was in great team spirit as usual.

We had a good turn out for this time of the year with 20 teams in total battling it out! A free barbecue of sausages and burgers was on offer at lunchtime from our Chairman & Secretary, Graham & Kim Elcome and donations were greatly received if people wished to do so. The raffle table was packed with goodies to win.

The results were as follows:

A play-off decided the winner for the Bronze (which was run as a snake), as these two teams had identical scores. They played to 7 as time was getting on, and Chris and Wendy were the winners.